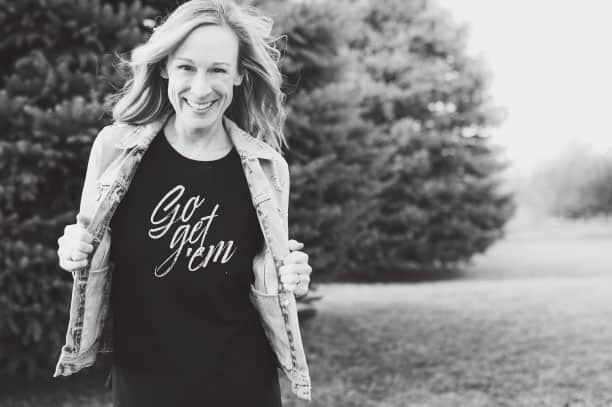 5 Ways To Make a Difference On International Women’s Day

In a world full of little comments that eat away at women, be the shining light that makes a difference. Go get 'em, girl!

“All she has to do is bat her eyes and she gets what she wants.”

Just a harmless joke, right?  Not so much, and here’s why.

How about the comment of “I’ll be on Marji’s team, she’ll be better to look at while I’m golfing than you are” said during a work outing.  Or what about the group of guys taking pictures of our FarmHer team, behind our backs at a networking event, and then laughing amongst themselves at the pictures.  Or the time I said, “Hey, could I borrow a penny to tighten up something on our camera” to a group of guys in a tractor booth at a farm show.  Their response, “sure, but what would you do for a nickel?”   And now, “she just has to bat her eyes and she gets what she wants,” said as a joke.

I have heard comments like this my entire professional life.  No matter what chair I sit in, they still show up.

When I was younger I never spoke up.  Sometimes I even laughed it off with the person who said it because I wasn’t sure what to do.  I know the reality is if you speak up you are seen as a pain. The problem. The person that now has to be dealt with.  Then you’ll be put in a corner.  Well, I’m ready to move into the corner, build an office there and invite everyone else in.

Make a Difference with Your Words

They are just little jokes, small insignificant comments that unfortunately carry a big wake.  Little jokes turn into comments that erode the self-confidence of a 25-year-old trying to make her way in a world that has no clear path for her to succeed.  They are the same comments that sadly make her question her abilities and maybe not raise her hand when she should.  And they are comments that make it just too hard, and then she walks away from what she has been working towards.

Let’s be honest, if they are saying that to your face, then I can only imagine what is being said behind closed doors.

If we really want to talk about inclusive diversity, these are the things we need to address.  Today. Now.

Make a Difference By Calling Out The Comments

After that little joke, I put on my big girl boots and made a phone call back to that person who said it.

Here’s the tough thing, I honestly don’t think he meant anything bad by it.  I do think he knows that I am capable, competent, and more than able to use my brain, talents, and experience to not only get this job done but done well.

Sure, it was just a joke, and I’m glad we can move forward professionally in a good place.  But, be careful with your words, because your little joke has long-lasting effects.

Those few little words, repeated time and time again, are a problem.  They pile up and become the roadblock to the corner office.  That pile becomes a mountain that we just get too weary to climb.

We walk away.  Then we decide to stop knocking on the door of the “Good Ol’ Boys Club” because even if we get in, there are just going to be more comments.  We are just going to have to stand up a little straighter, defend ourselves a little more, and make the calls we shouldn’t have to make.

So, we turn and walk away.

I’ve been there before.  The mountain wasn’t worth climbing anymore.  When I walked away I knew I had something else great to give to the world and that was space to lift women, not directly or inadvertently tear them down.  A space where there are no little jokes or backhanded comments.  Space where there aren’t closed doors or mountains we are too weary to climb.  Space where we are all the same from the get-go.

A Career Change To Make A Difference For Women

I recently decided that part of my story wasn’t done.

I jumped back into the professional FarmHer world, bound and determined.  Bound and determined to succeed and help find and build pathways for others to travel down.  I know it won’t always be easy and that little comment was just the first little, tiny insignificant crack in my road.

But this time, I didn’t laugh along at the comment. I didn’t turn and walk away.  I confronted it head-on.

Women are flowing into the agriculture industry at a faster rate than ever before.  Hiring women for a job is one thing but providing the support and ability for them to rise as leaders and be successful in that, is another.  There is work to be done.

5 Things You Can Do

If you want to see things change, here are 5 things you can do today, to make a difference for yourself and others.

This is the only way forward if we want to keep pushing for ourselves today and for our daughters tomorrow.  And for any of you reading that has said those little jokes, those tiny little insignificant comments, just stop.

As my mom always told me, if you don’t have anything nice to say, don’t say anything at all.

I’ll make a little update to that…if you don’t have anything nice, valuable, or for the greater good to say, don’t say anything at all.